HISTORY OF THE PLACE AND TEMPLES

After the fall of the Vijayanagar Empire, Adilshahies took the power in the Northern part of Karnataka. Santebennur Kengappa Nayaka was under the province of Chandragutti. Kangappa Nayaka after worshipping Sri Hanuman of Kadarmandalagi was completely cured of his disease. Then he donated the village to the God, Kantesha. The inscription in front of the temple explains the generosity of Kengappa Nayaka. (It is also told that King Janamejaya set up the temple to get rid of his difficulties).

During the period of Aurangzeb, Kadaramandalagi came under the rule of Savanur Nawab and Suhedar of Savanur gave lamps and decoration to the temple. Many rich patrons like Khanderaya of Savanur, Desai of Hanagal, Hanumanth Gowda of Havanur gave a lot of items of worships to the Temple being impressed by the ardent devotion of Sri Hire Acharya.

During the British rule, the gifts and lands of the Temple were taken back. But faith and devotion of Sri Shesha Krishna Mamaledar made him set up a committee for proper administration of the Temple.

The devotees come not only from the neighbouring districts but also from neighbouring States like Maharashtra, Telangana and Andra Pradesh from all castes and tribes. 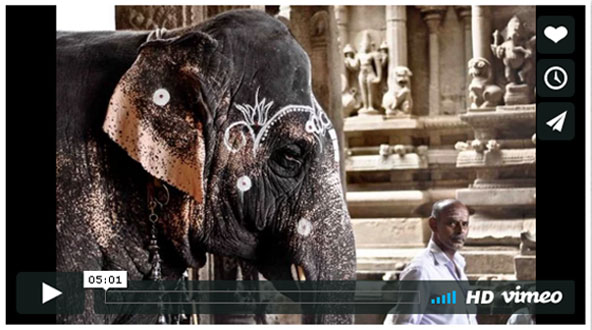 IS The GREATEST ACHIEVEMENT AND AN ASSET OF HINDU COMMUNITY IN THE AREA. YOUR CONTRIBUTION HELPS THE ORGANIZATION TO SERVE OUR COMMUNITY BETTER. PLEASE TAKE THE STEP TODAY.

Apart from the Temple and Statue of Maruti, it is also believed that Sri Venkatesh of Tirupati stays here. When Sri Kanaka Dasa went to Tirupati, he could not get the consent of Kantesha. Then he went back and came again by Seeing Kantesha, then he got the Darshan of Lord Sri Venkatesha came in the dream of Kanaka Dasa and told him to worship the God at Kadarmandalagi.

The family of Sri Telakar of Haveri district were ardent devotees of Tirupati Venkatesha. But their descendant Annaji Telakar could not go to Tirupati. Once Lord Venkatesha came to his dream and told him to take the pilgrimage with family to Kadaramandalagi. Hence it is believed that both Lord Sri Hanuman and Lord Sri Venkatesha stay at Kadaramandalagi to fulfil the wishes of devotees. 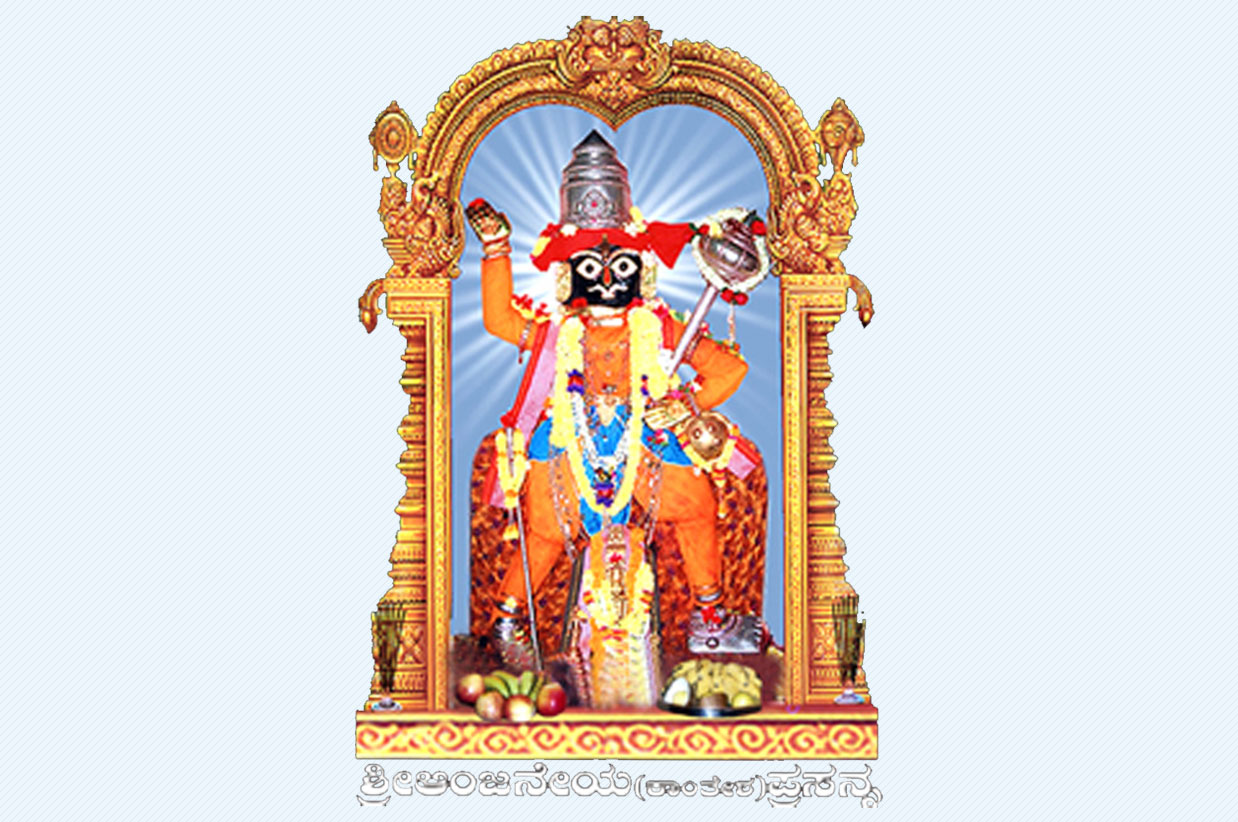 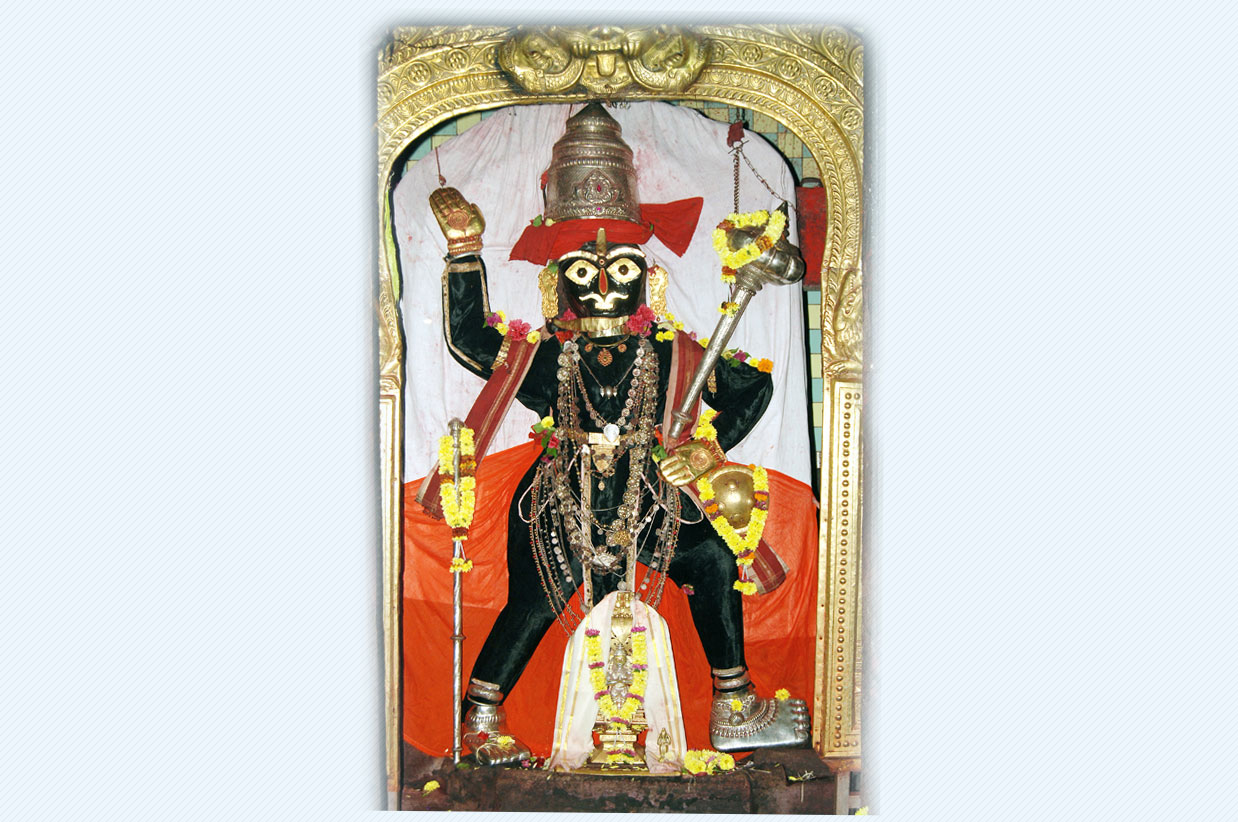 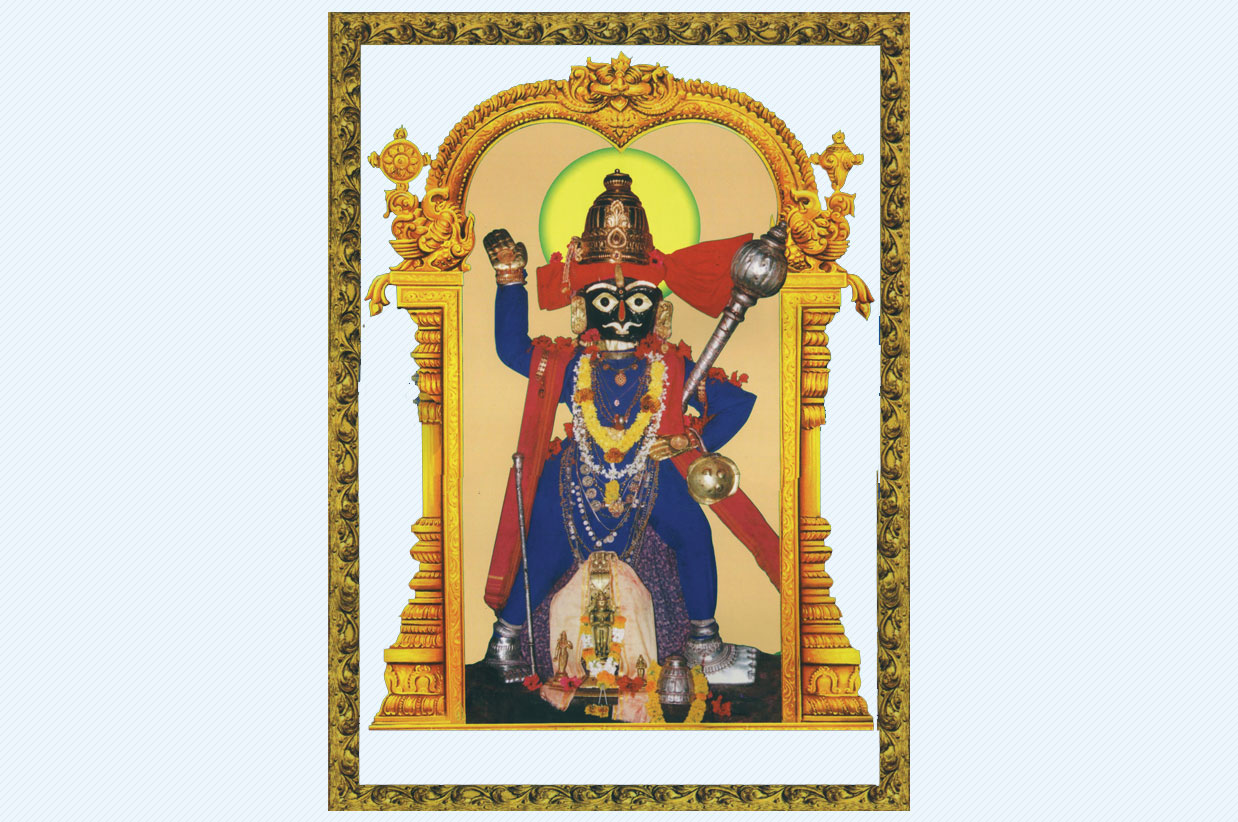 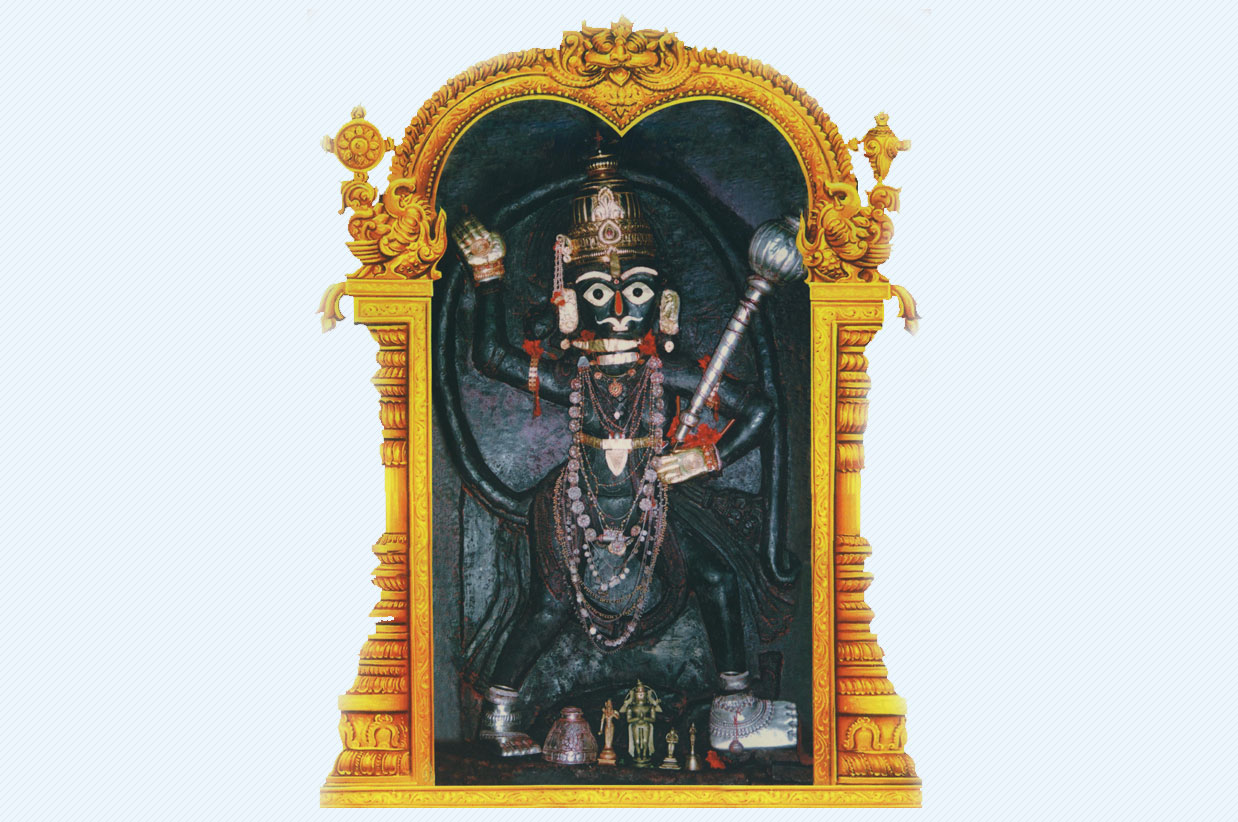 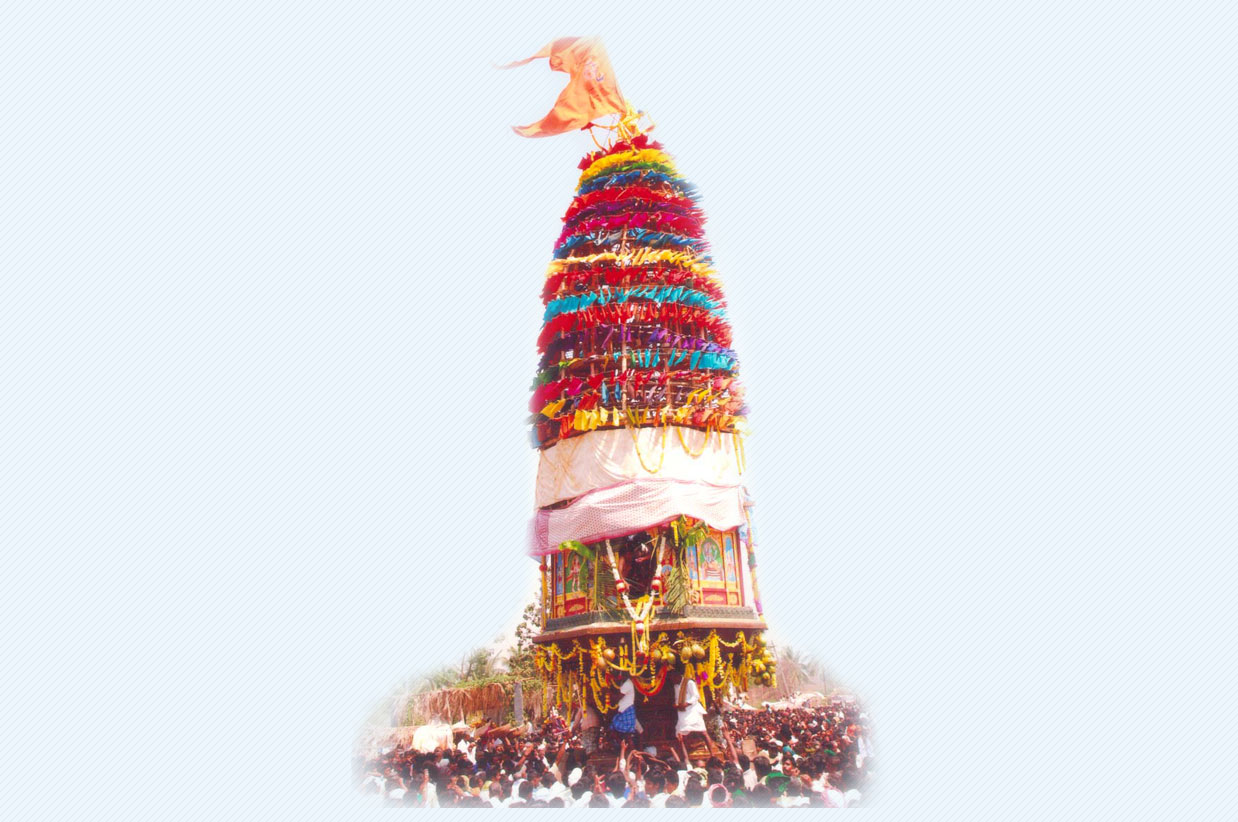 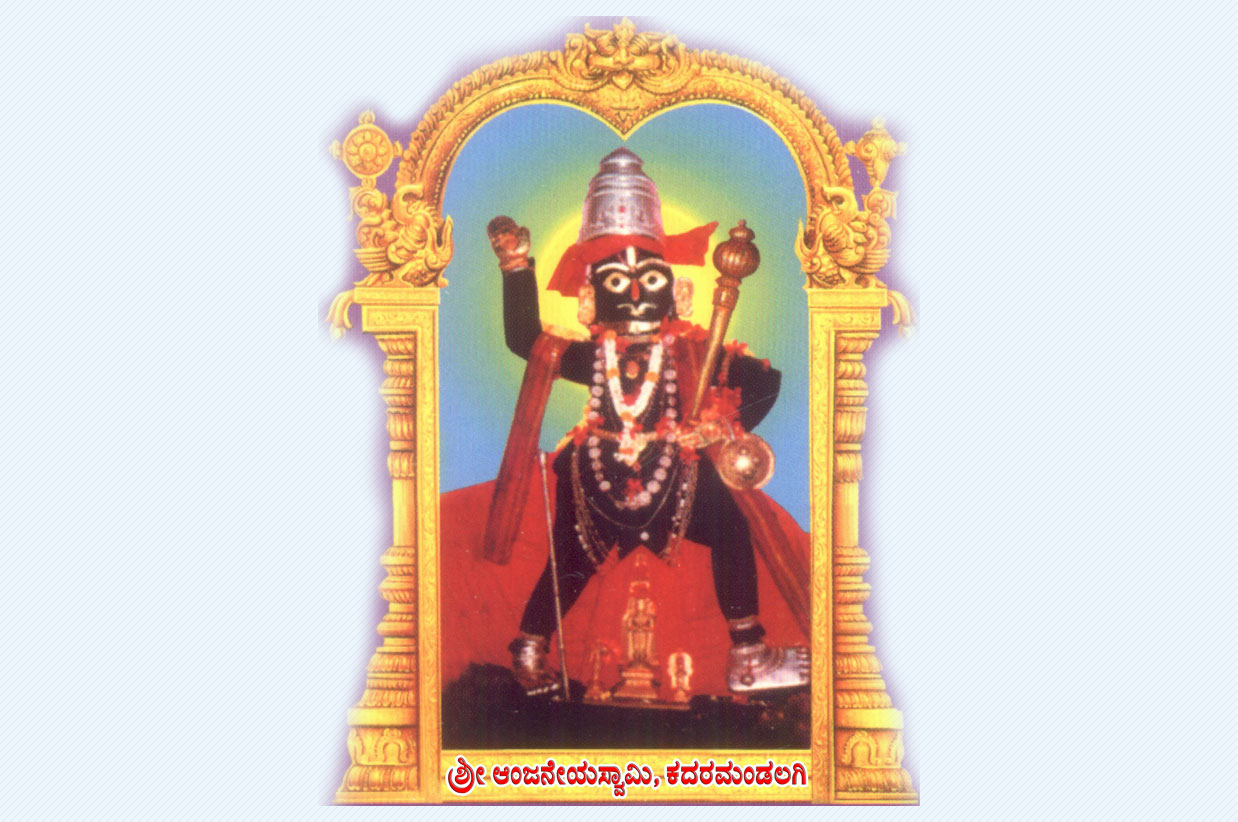 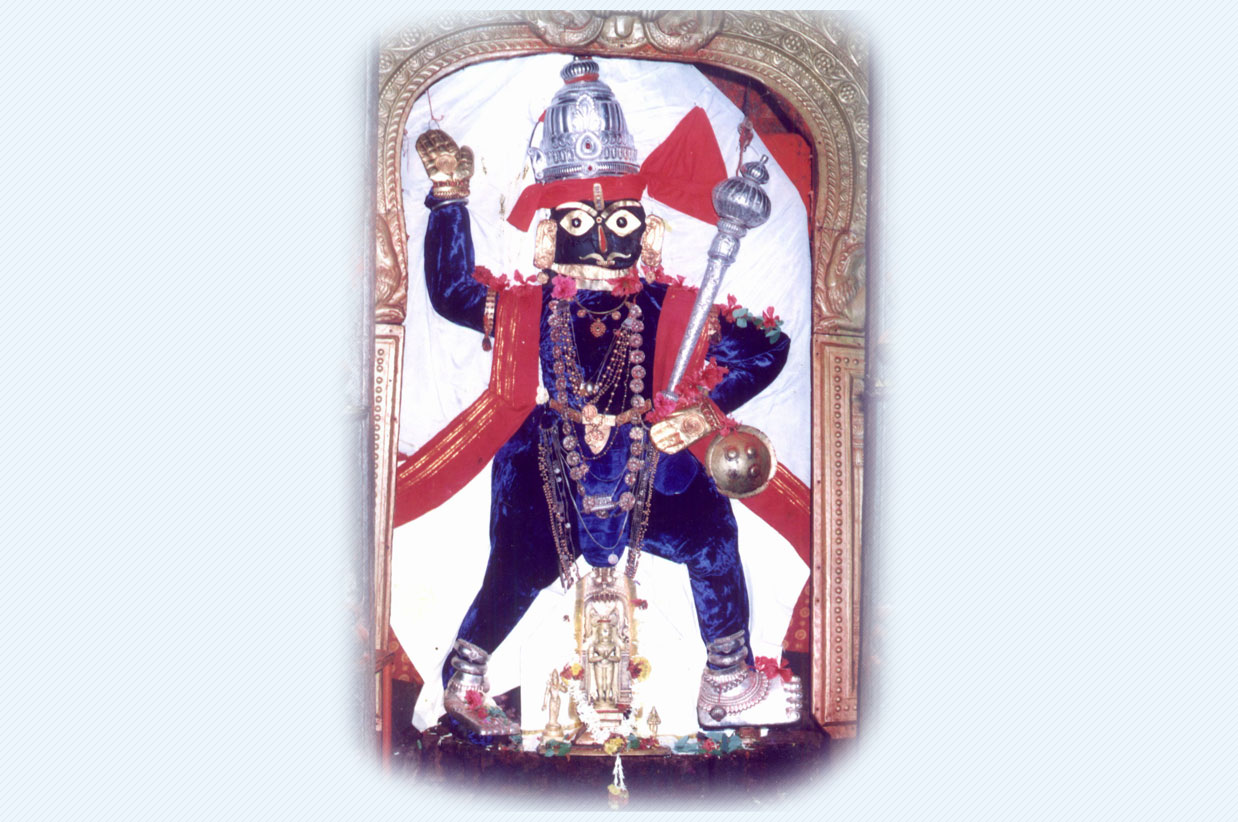 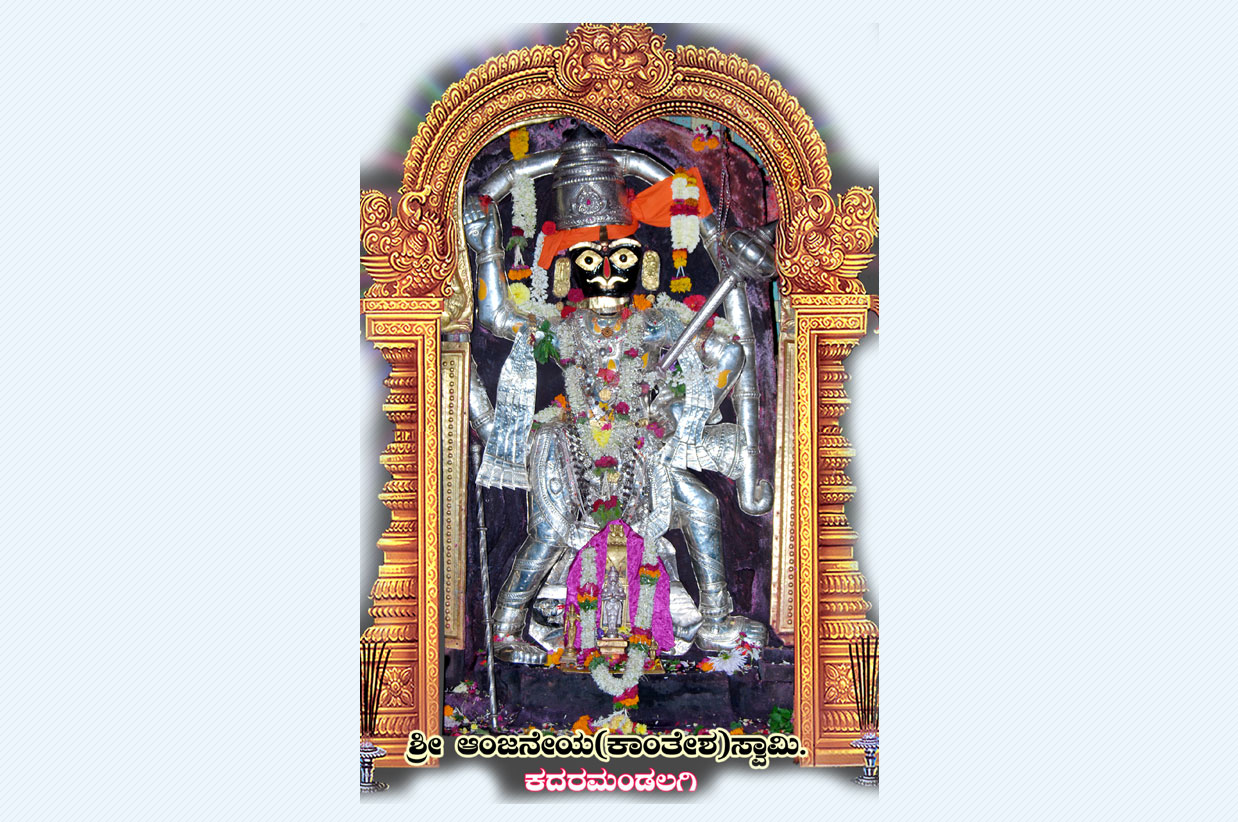 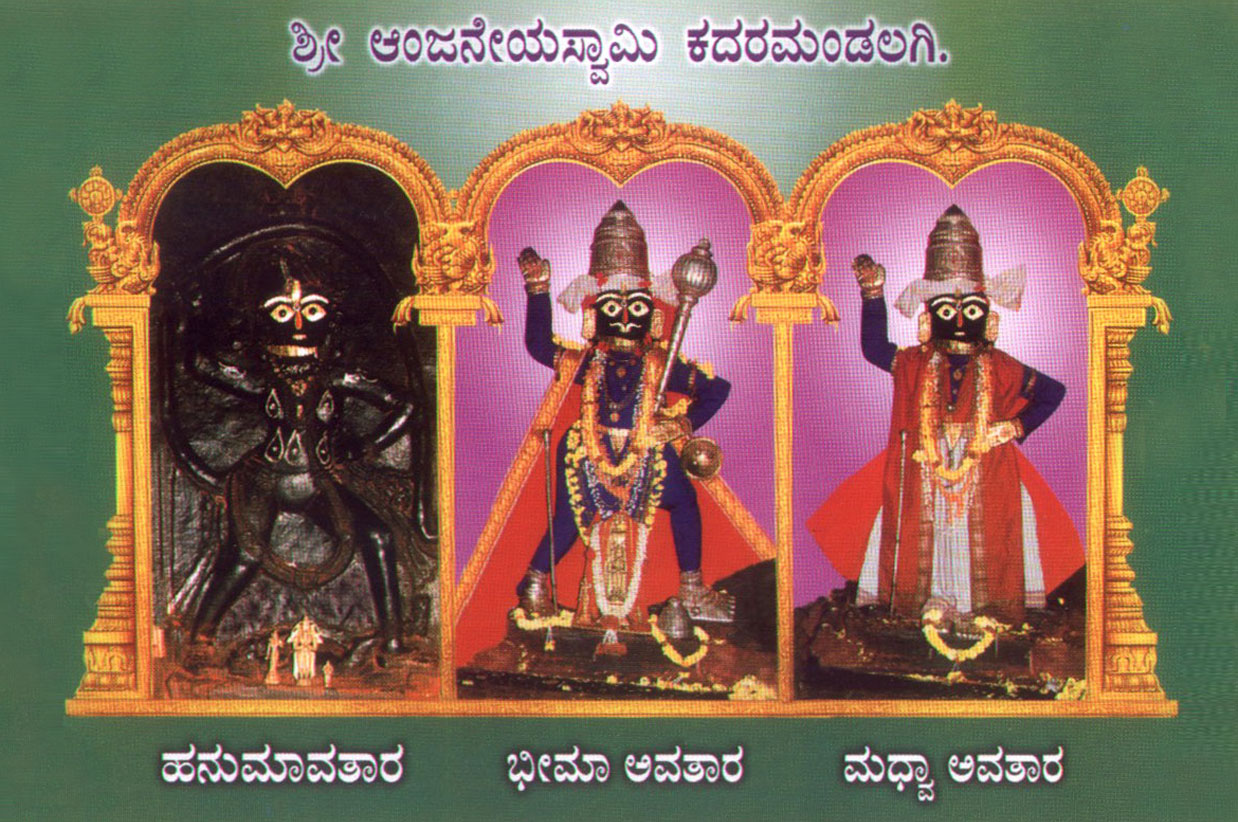 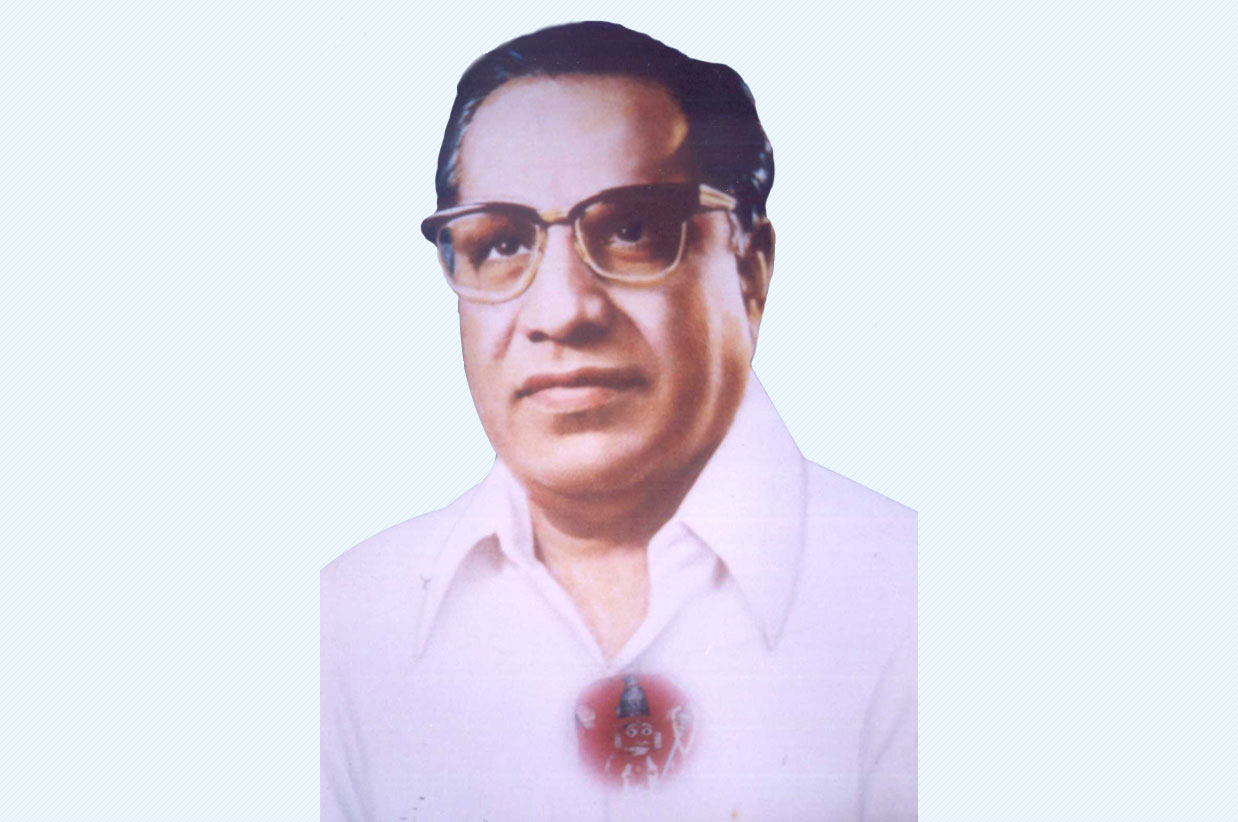 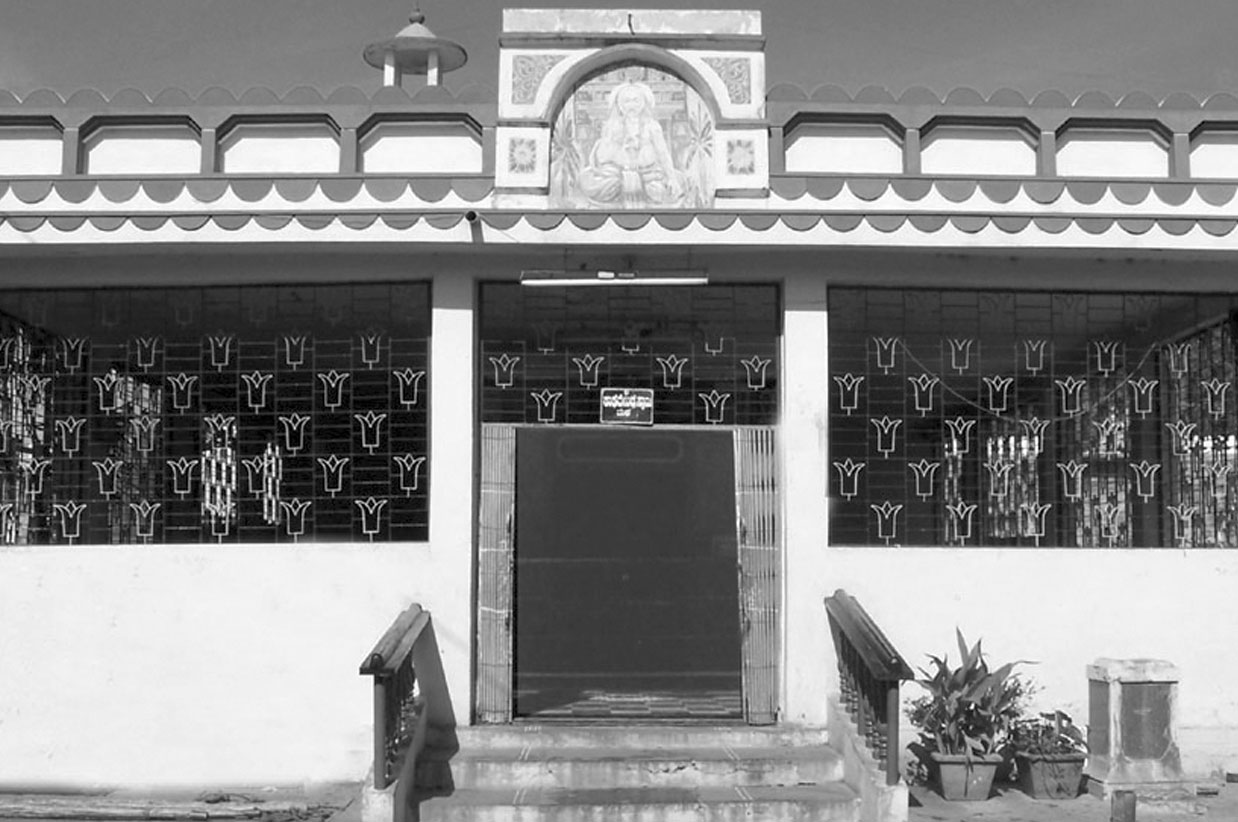 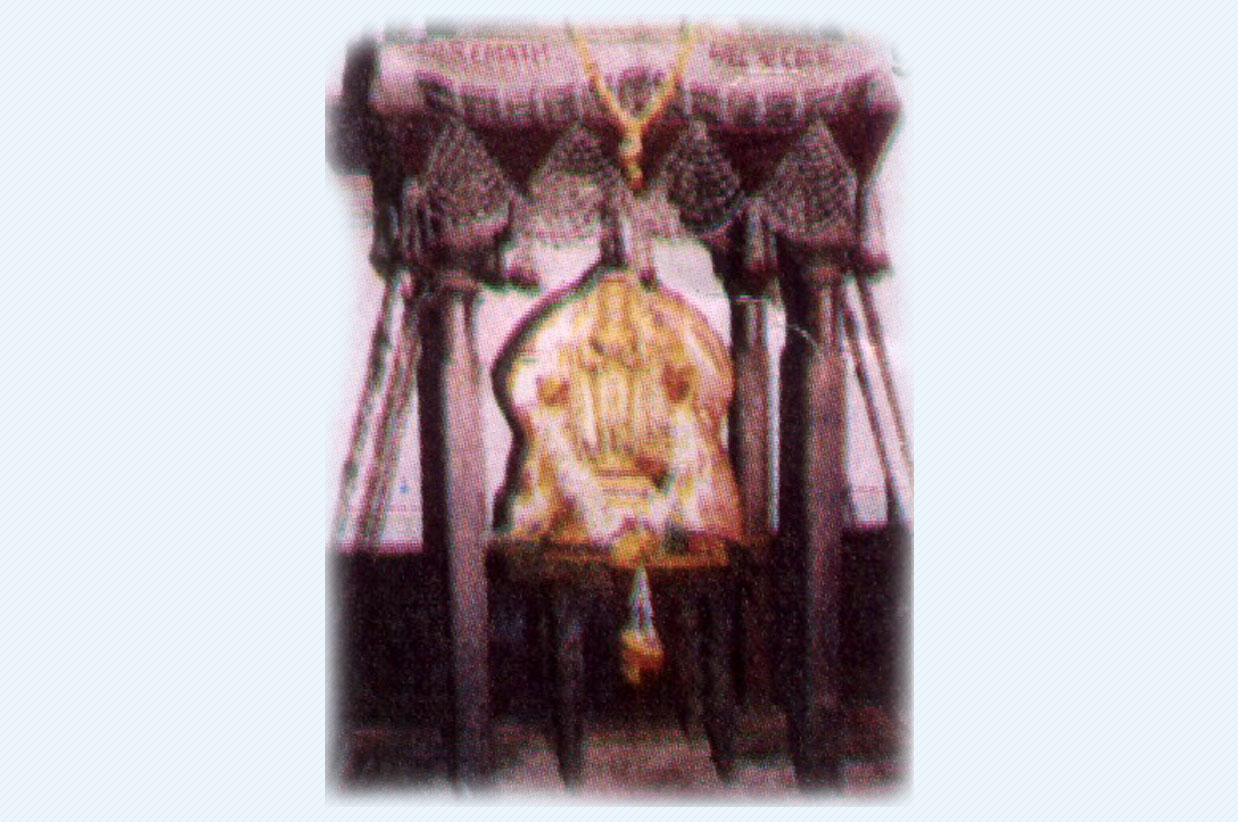 Shri Shrinivasa Dasa - Sri Srinivasa Dasa became a great devotee as soon as he visited the Temple of Kantesha. Once a very poisonous snake bit him, he put the Sacred ashes of Lord kantesha, poison did not do anything. He sung and chanted several poems and hymns in praise of Lord Kantesha.